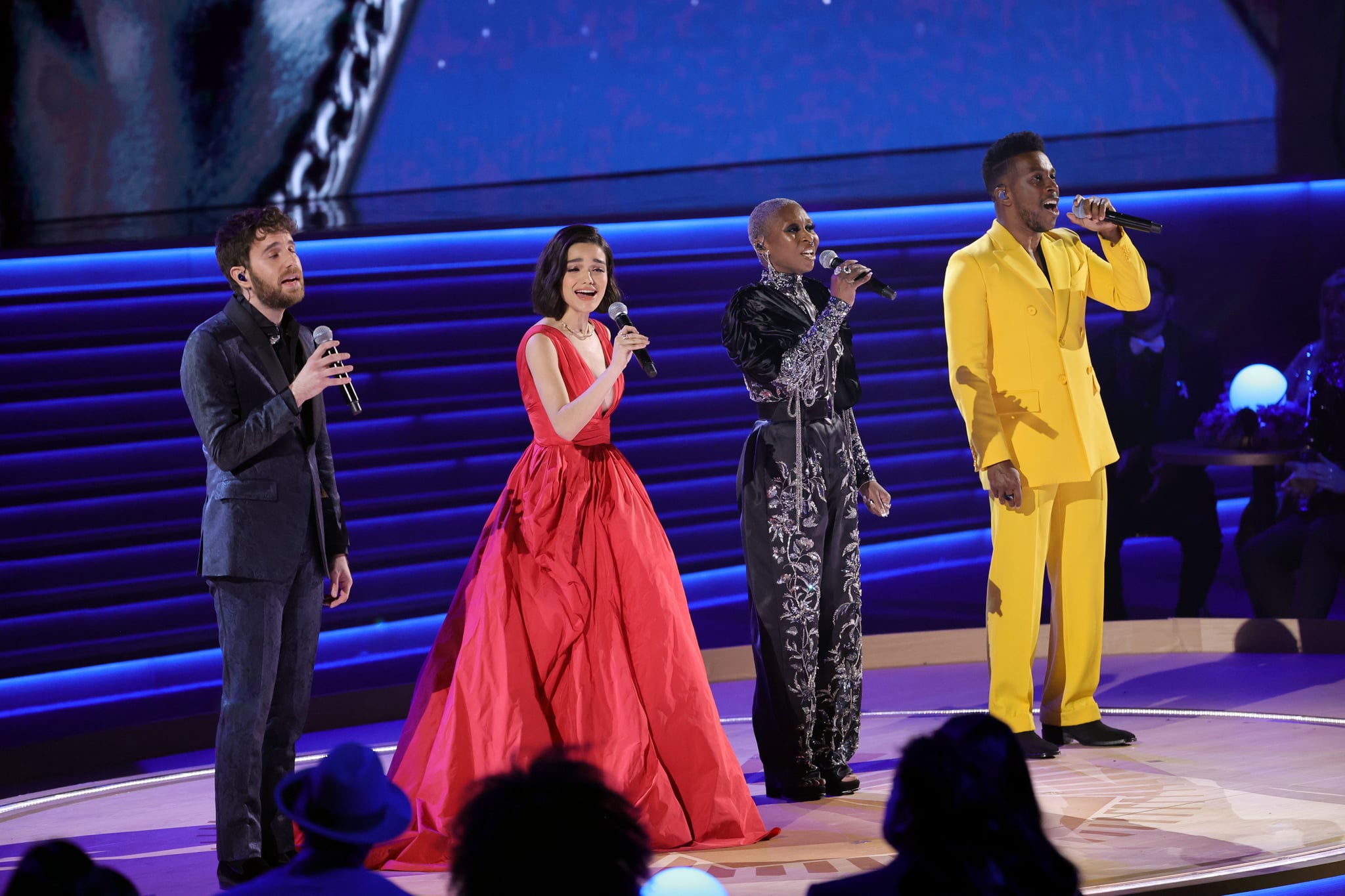 The 2022 Grammys featured an emotional performance from Rachel Zegler, Cynthia Erivo, Leslie Odom Jr., and Ben Platt. Their performance accompanied the In Memoriam montage, and they only sang songs by Broadway composer Stephen Sondheim. Sondheim, who wrote music for shows including “West Side Story,” “Sweeney Todd, “Sunday in the Park With George,” and “Company,” died in November 2021 at the age of 91. During his lifetime, he was nominated for Grammys 17 times, winning seven times. He also received the Grammy’s trustees award in 2008.

The four performers all have strong ties to the world of musical theater. In 2021, Zegler made her onscreen debut as Maria in “West Side Story.” The musical features lyrics by Sondheim. Meanwhile, Odom Jr., Erivo, and Platt are all Tony winners.

Before the performance, Grammys host Trevor Noah introduced a small video honoring Foo Fighters dummer Taylor Hawkins, who passed away suddenly on March 25 at the age of 50. The video featured footage of Hawkins through the years and was set to the band’s song “My Hero.” Other people honored during the In Memoriam tribute included Virgil Abloh, Meat Loaf, The Wanted’s Tom Parker, Ronnie Spector, DMX, and Biz Markie.

Check out GIFs from their performance.