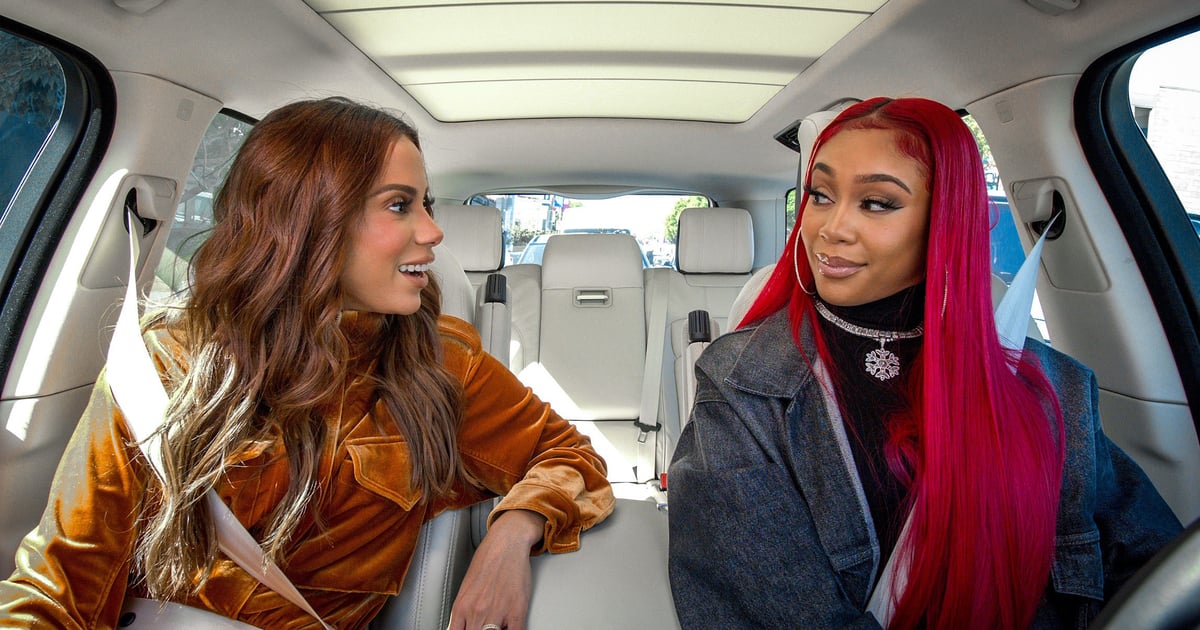 “Carpool Karaoke” is finally making its way to Apple TV+ for season five! The party-on-wheels reality-TV series — based on James Corden‘s famous recurring segment from “The Late Late Show” — previously aired on Apple Music, but it’s migrating to its new streaming home this week with some of our favorite musicians testing out their karaoke skills.

In an exclusive clip, Saweetie and Anitta merge their musical prowesses together for a fun duet of their 2021 collaboration, “Faking Love.” In their “Carpool Karaoke” episode, the third of the season, the two superstars sing more of their biggest hits as they take over a convenience store and do the first-ever Boat-pool Karaoke. Talk about a good time!

“Carpool Karaoke” premieres on Apple TV+ on May 27. Check out the exclusive Saweetie and Anitta clip above.