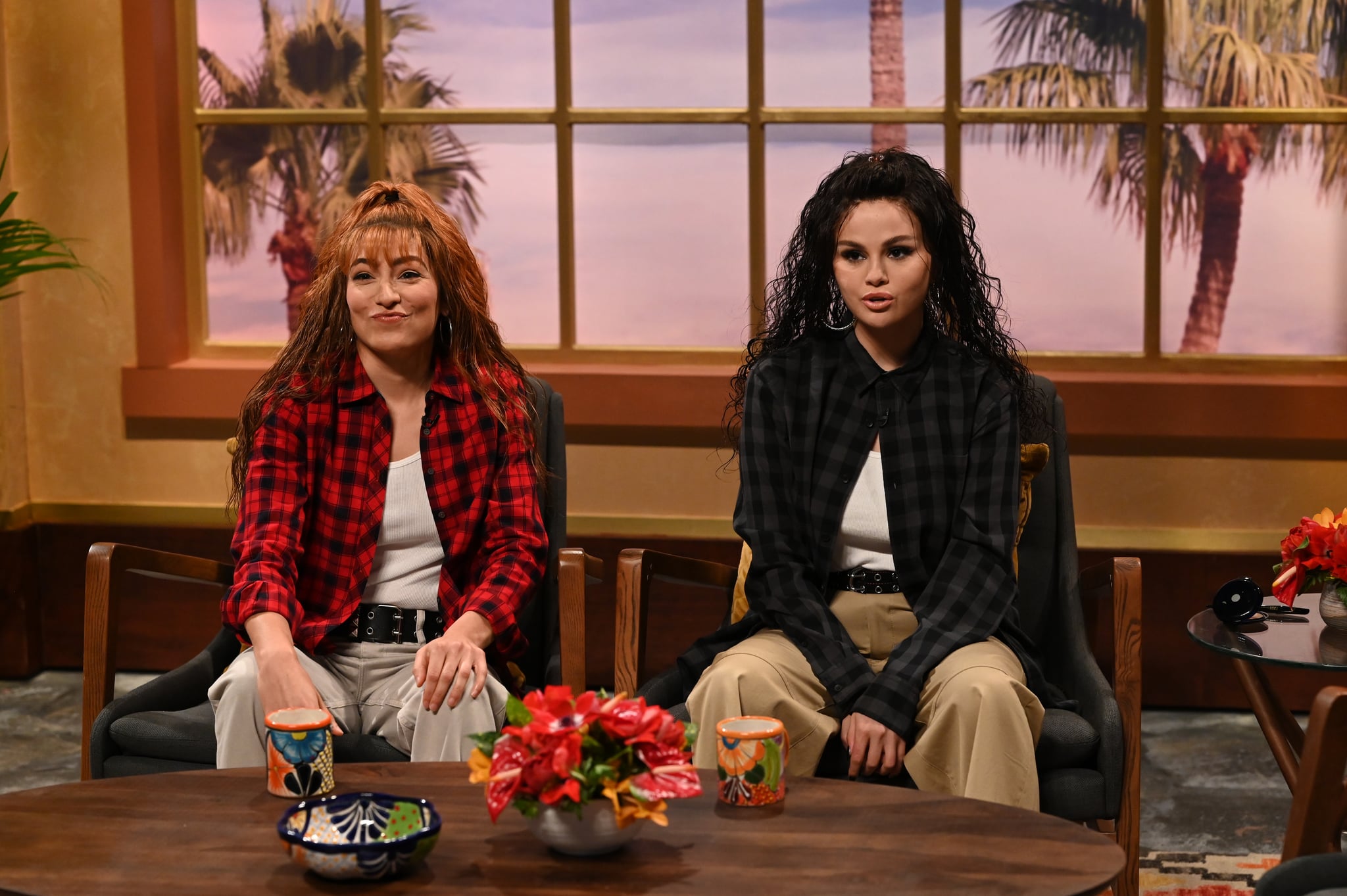 Selena Gomez’s recent appearance on “Saturday Night Live” on May 14 has stirred some controversy within the community. While some found one sketch hilarious, others thought it was an embarrassing and stereotypical portrayal of Mexican Americans. The sketch in question, “A Peek at Pico,” is a talk show set in Pico Rivera, CA, a Latinx neighborhood in Southeast Los Angeles that doesn’t normally get mainstream attention. The show’s hosts, played by Melissa Villaseñor and Gomez (who are both Mexican American themselves), are dressed in heavily stereotyped chola attire, which includes white tank tops, plaid long-sleeved shirts, khakis, and big Aqua Net bangs with teased-out and heavily gelled hair. The punchline is that they refuse to let any guest on the show fully develop their story. Similarly, though, the whole skit seems underdeveloped.

How is it that we’re in 2022, and instead of highlighting the heritage of two actresses who are part of the largest ethnic group in the US, the writing goes straight to the laziest Mexican stereotypes imaginable? The fact that Villaseñor and Gomez are Mexican American doesn’t excuse them from the conversation about whether or not this is a classist depiction of what it means to be a chola. But is anyone really surprised? As it is, “SNL” has only had five Latinx hosts in the past five seasons. It’s wild to me that “SNL” couldn’t get creative enough to have Gomez play anything more than a maid (in another skit) and a chola. Let’s also not forget to mention that “SNL” has had exactly three Latinx cast members (Horatio Sanz, Fred Armisen, and Villaseñor) in the show’s 44-year history.

Being Mexican American and from East Hollywood myself, I was initially excited to see Pico Rivera, Los Angeles, and Mexicans represented. But in this economy, I don’t think representation is a substitute for equity, especially when what passes as “representation” is really just racism under the pretext of “it’s a joke.” People, especially in the media, will often punch down by disguising racism as a joke, then say things like, “Why can’t you take a joke? Oh my god, why are you so sensitive? At least they mentioned you.” Just to be clear, they’re laughing at us, not with us.

When we allow stereotypes about marginalized people to flourish, they often lead to more sinister, dehumanizing, and violent treatment.

I am so tired of stereotypes being touted as “representation” and of how quickly we’re ready to dismiss them because we’re so thirsty for visibility that we’re just happy to be mentioned. That is the slippery slope we find ourselves in at this precarious time in history, when there are so many awful things happening in the world that it’s easy to make judgments about whether or not something is “really that bad” or “not that bad” by comparison. Just because it’s not the worst thing we’ve ever seen doesn’t mean it’s not harmful, tone-deaf, and just plain exhausting. When we allow stereotypes about marginalized people to flourish, they often lead to more sinister, dehumanizing, and violent treatment. We can’t keep closing our eyes and pretending these things exist in a vacuum when there are still kids in cages.

And let’s be real, it wasn’t even a good portrayal of a chola! Young, working-class Mexican Americans originally created the chola aesthetic in Southern California in the ’60s and ’70s. Chola culture evolved from pachucas, whose style of dress raged against domesticity and challenged the patriarchal ideas of womanhood and femininity that were set in place during the WWII era and that existed within Chicano culture. Ultimately, the chola culture and aesthetic is a political one that came from suppression and resisting assimilation. It’s a way of life, as well as an attitude that deserves respect. If studios and networks cared about “representation,” they’d reach out to actual cholas and pay them for consulting or, at the very least, do more research than watching “Mi Vida Loca.”

They could have been so much more creative with this skit in a way that would’ve been both humorous but also actually elevated the Mexican American community.

It was definitely a missed opportunity, because there was so much more they could have done with these two characters. For instance, it would have been hilarious if Gomez and Villaseñor played cholas who were really into astrology. Or what if Villaseñor’s mom came on the stage to bring them pan dulce and Chocomilk or fruit with Tajín because they record from their multigenerational household? Gomez could have been a chola scholar, a chola vegan, or a buchona. She could have been a part-time server at Culichi Town — they could have given us anything. They could have been so much more creative with this skit in a way that would’ve been both humorous but also actually elevated the Mexican American community. But the truth is, if they wanted to, they would have.

Instead, “A Peek at Pico” really focused on cholas being dumb bimbos without any charisma or attitude. I don’t know who needs to hear this, but a real chola is a soldier who is down for her barrio and her comadres. Even though gangs usually do involve violence and drugs to some extent, they also serve a social function, which is to protect their members, provide stability and support, and help them provide for themselves. Although the means of acquiring these things could potentially be nefarious, that’s the nuance and the struggle.

We have a responsibility to ourselves to demand better from networks, writers, and actors, because we deserve more than this.

I think this is a good time to remind everyone to normalize rejecting visibility that isn’t accurate even if “Latinxs made it.” It’s OK to reject microaggressions. It’s OK to reject outright racism and stereotypes even when they’re played by our favorites. We don’t have to be grateful for just being seen, especially when the lens we’re being viewed through isn’t even the right prescription. We have a responsibility to ourselves to demand better from networks, writers, and actors, because we deserve more than this.