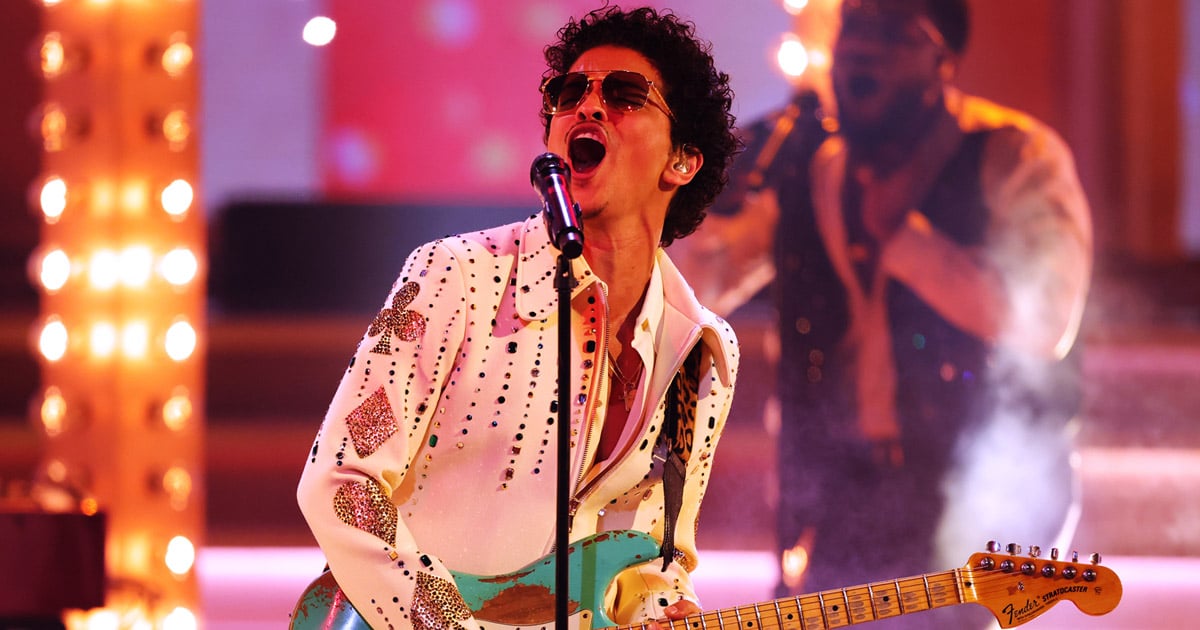 Silk Sonic kicked off the 2022 Grammys with an electrifying “777” performance on Sunday. Backed by a crew of saxophone, trumpet, and bass players, Bruno Mars and Anderson .Paak serenaded the Las Vegas crowd to the funk-rock rhythm of their party hit, an ode to Vegas casinos. “Pretty young stunner with some money to blow / I’m ’bout to buy Las Vegas after this roll,” Mars and .Paak sang into the mic, bouncing along to an energetic drumbeat interspersed with enthusiastic shouts from Mars.

Minutes later, Mars and .Paak, who currently hold a residency in Las Vegas, danced their way on stage to accept the award for best R&B song for “Leave the Door Open.” “I just want to say thank you to my team, my family, my beautiful wife out there. This is for my mom — she passed on Wednesday — so this is for her,” .Paak said. Mars continued, “Thank you, guys. Because of you guys, me and Andy are going to be singing this song forever. God bless you all.” At the end of the evening, .Paak and Mars also accepted the Grammy award for record of the year.

Silk Sonic debuted their first single, “Leave the Door Open,” on March 5, 2021, and they performed the hit at the 2021 Grammys. The single was closely followed by the release of their first album, “An Evening With Silk Sonic,” on Nov. 12, 2021. With hits like “Skate” and “Smokin Out the Window,” the album delivered a playful yet sultry R&B sound with indulgent notes of funk, soul, and Motown. “Love’s Train,” a cover of funk band Con Funk Shun’s 1982 classic, is their latest single.

As individual artists, Mars and .Paak have amassed 14 Grammys in total, with 10 stemming from Mars’s work and four from .Paak’s. Since Silk Sonic dropped their first single in 2021, the collaborative project has resulted in a BET Award, two MTV Video Music Awards, an American Music Award, three Soul Train Awards, a Brit Award, and two iHeartRadio Music Awards. Silk Sonic’s debut hit, “Leave the Door Open” currently has four Grammy nominations for record of the year, song of the year, best R&B performance, and best R&B song. As a duo, Mars and .Paak also received Grammy nominations for most popular artist and artist of the year.

As we patiently wait to celebrate all of this year’s Grammys winners, watch Silk Sonic’s badass performance of “777” here.