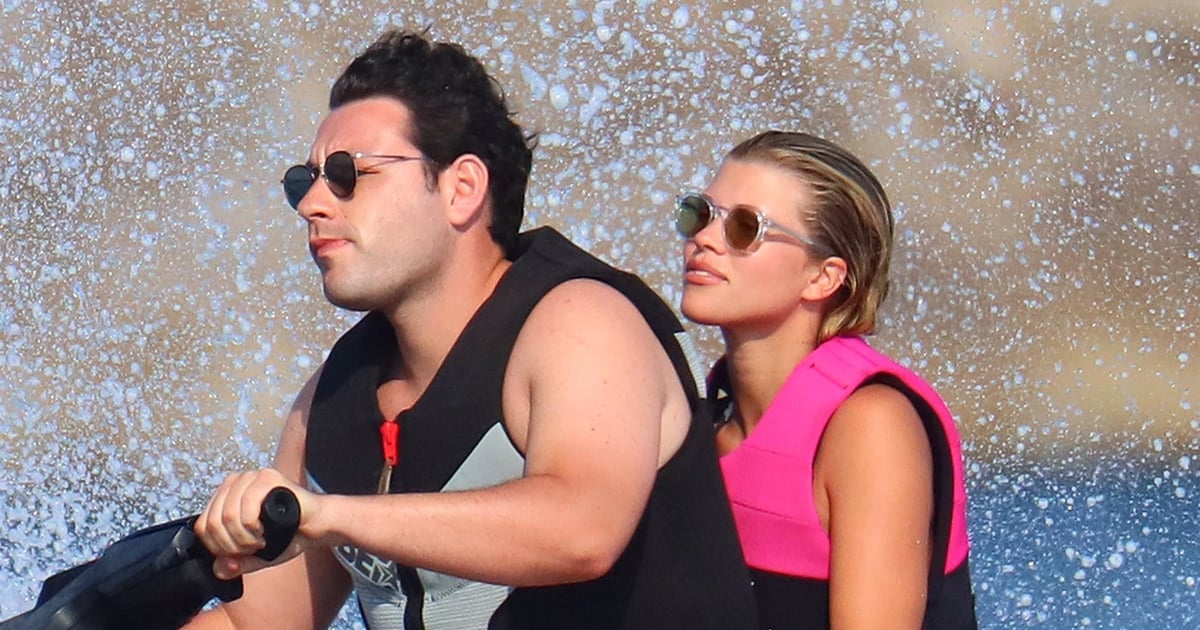 Sofia Richie and Elliot Grainge are soaking up the sun in the South of France this week. On July 12, the soon-to-be newlyweds were photographed on a yacht — Richie sporting a classic black two-piece and a shirtless Grainge wearing a pair of gray swim trunks as they splashed around in the ocean. The following day, the pair appeared to have a blast as they rode jet skis, and on July 15, they linked up with pal James Corden at Le Club 55.

Richie announced her engagement to Grainge on April 20 when she shared sweet snaps of his candlelit proposal and her diamond ring on Instagram. It’s unclear when the pair first began dating, but they made things Instagram official just a year before getting engaged. They celebrated their impending nuptials in May with a lavish engagement party, attended by Richie’s brother, Miles; sister, Nicole; Nicole’s husband, Joel Madden; and his twin brother, Benji Madden, People reported.

Richie and Grainge boast about their love occasionally on social media, but their latest vacation photos show just how much fun they have together. See more photos from the couple’s romantic French getaway ahead.