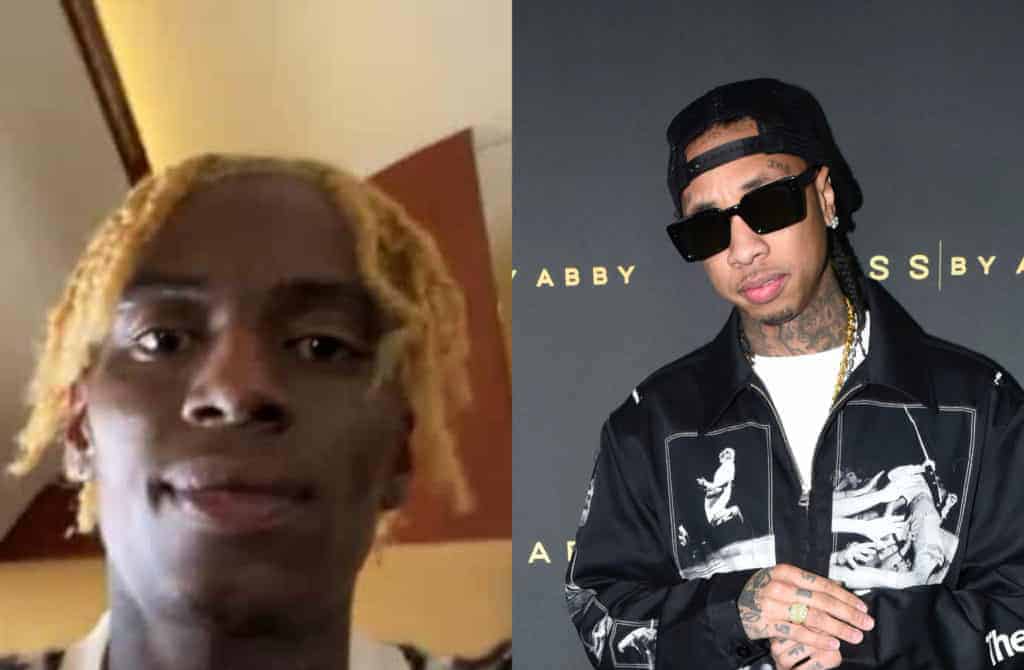 Earlier today, Tyga made good on his word and voluntarily turned himself in to the Los Angeles Police Department (LAPD) after his ex-girlfriend Camaryn Swanson alleged he assaulted her yesterday. If you recall, the incident occured after Camaryn allegedly showed up at his home unwelcomed and began screaming. The incident escalated when she allegedly went inside the home, where the screaming continued, and Tyga allegedly assaulted her. After news broke, Camaryn shared pictures of bruises along with an alleged text message from the “Taste” rapper. According to TMZ, Tyga faces a possible felony domestic violence charge for the alleged incident.

While folks continued to talk about Tyga’s actions, his name trended on Twitter. It seems like several Twitter users had something to say about the alleged assault, including Soulja Boy. There’s no secret that the two rappers have had issues in the past, but today Big Draco let it be known that Tyga had “fu***d up now.” The trolling started when he shared the photo of Tyga next to Camaryn with her bruises with the caption, “Tyga!!!!!!???? I had the biggest comeback!”

He didn’t pipe down there. While on live, he took the opportunity to talk about the alleged incident some more. Soulja said Tyga is “Out here beating up girls and s**t. What is wrong with you, man?” However, while Soulja took pleasure in trolling Tyga, some folks on Twitter pointed out that Soulja has also been called out for allegedly assaulting his ex-girlfriend Nia Riley.

If you recall, in May, Soulja was sued for allegedly abusing an unknown ex-girlfriend who claimed his abuse caused her to have a miscarriage in 2015. In addition, in July 2021, another woman, Kayla Myers, also called out Soulja for assault in a separate incident. Kayla asked a judge for a $2million default judgment after he didn’t respond to her initial lawsuit where she alleged he pistol-whipped her. Roomies, what do you think about this?