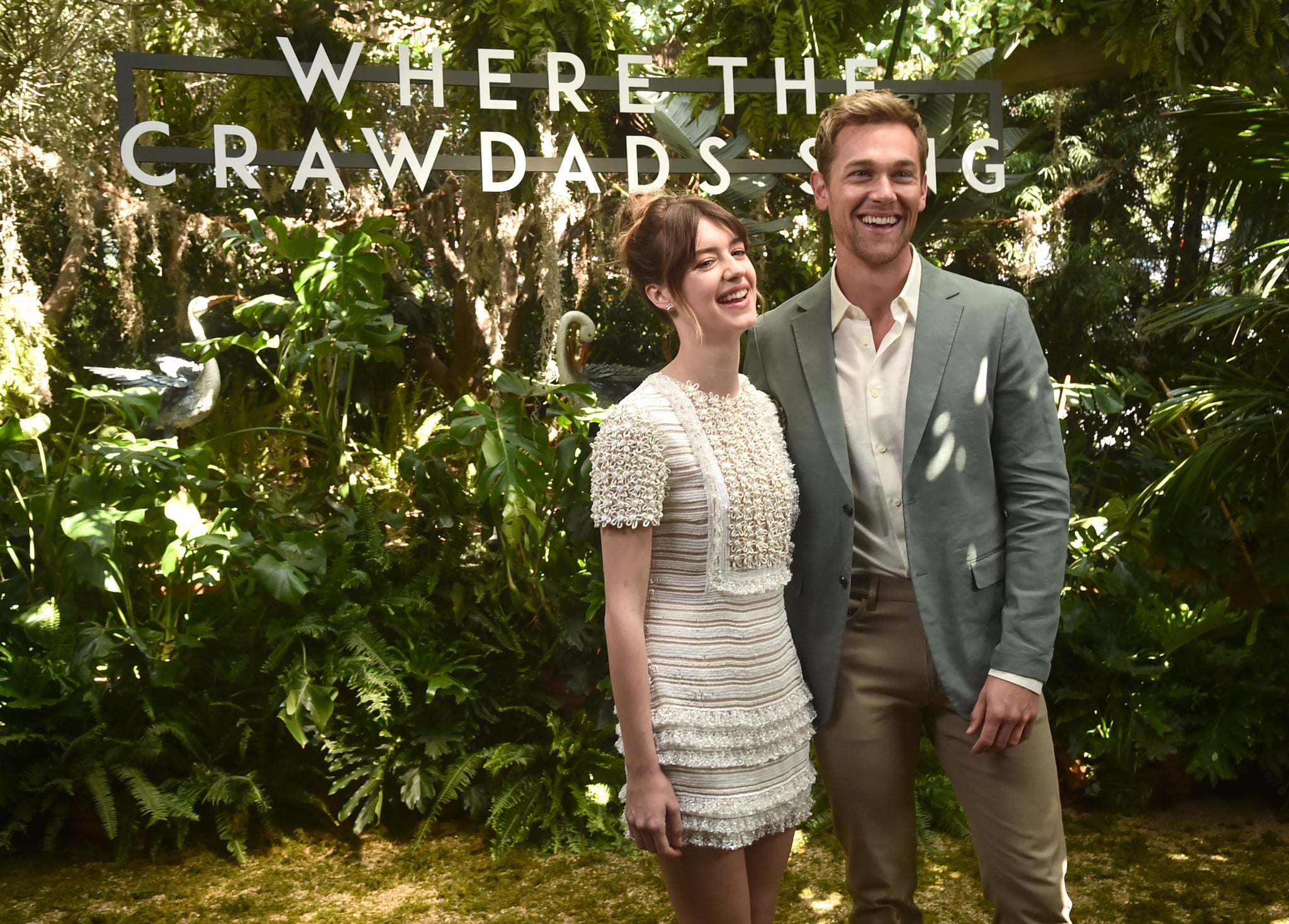 Taylor John Smith was excited when he was cast as Tate in “Where the Crawdads Sing,” but that was nothing compared to how his sisters felt. “When I called and told my sisters about it, they’ve only ever freaked out about one thing, and it was this project,” Smith tells POPSUGAR. “So I knew it was a big deal.”

Smith and costar Daisy Edgar-Jones both really connected with the bestselling book by Delia Owens, which the movie is based on. “I read the book, and I fell in love with Kya, her story, the world, and the marsh. I think everyone who read it did,” Edgar-Jones says. She felt like there were things about Kya that she’d never gotten to explore in a character before, especially “her strength and her resilience.” “This is really important to see women in the forefront of films, be complicated and have strength, but also be able to be gentle and curious, too,” she explains.

Smith actually hadn’t finished the book before he auditioned. “But as soon as I got to finish after, I understood what the whole hype was about,” he says.

“The film is such a loyal adaptation to the book that I think people are going to be pleasantly surprised by it.”

Both Edgar-Jones and Smith feel the pressure from the book’s huge fan base to make sure the “Where the Crawdads Sing” film captures what they loved about the novel. “Everybody’s going to have a different image of Kya and Tate in their mind, the way the marsh looks, the way Kya’s shack feels,” Smith explains. “But I think what’s good to do any time a book’s being adapted to film is to get the essence and the soul of the character and to find the subtle differences that maybe aren’t on the page and create a full, fleshed-out character.”

But he doesn’t think book fans have anything to worry about. “The film is such a loyal adaptation to the book that I think people are going to be pleasantly surprised by it,” he says.

Edgar-Jones is no stranger to adaptations of books — “Normal People” and “Under the Banner of Heaven” were both also based on bestsellers — and she says viewers need to accept it’s “always going to be a little bit different” and try to enjoy that fact. “It was really fun for us, too, stepping onto set and seeing how a set designer had imagined this location or a costumer had imagined Kya’s clothes,” she says.

“It’s really fun when you are involved in a film, because the performance is a small part of it,” she adds. “It takes a whole group of people to collaborate together and have a shared vision. And I think it’s fun, too, as an actor, to step inside all these different versions of a book you’ve loved.”

“Where the Crawdads Sing” is in theaters everywhere July 15.