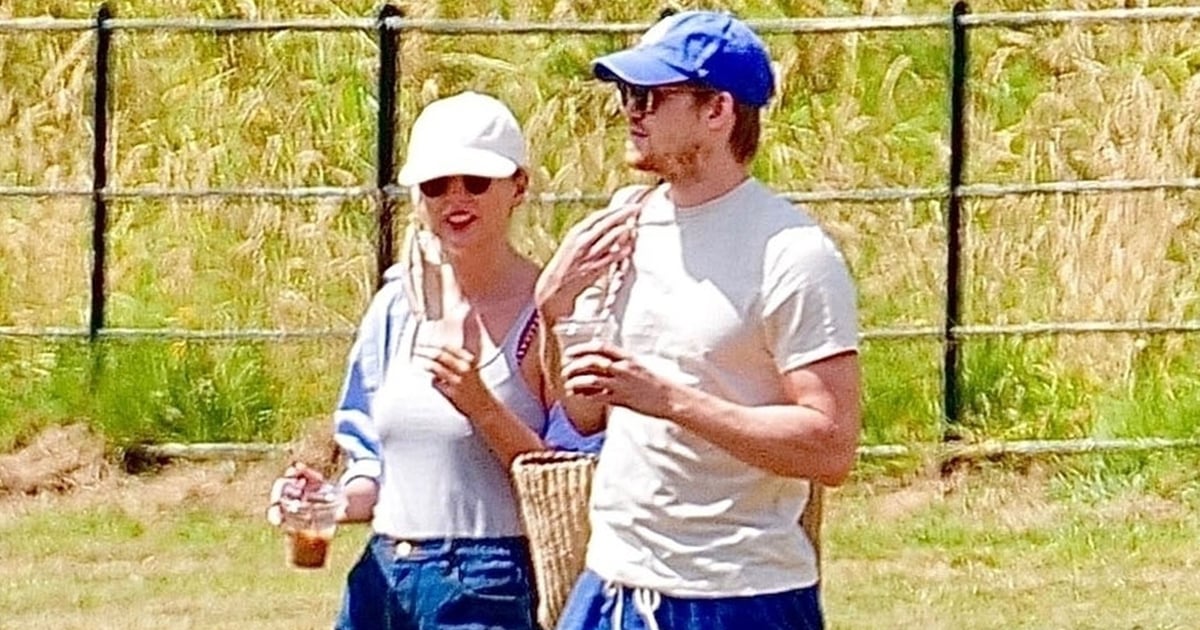 Taylor Swift and Joe Alwyn were photographed on a sunny stroll in London on July 14. The couple, who have been together since 2016, kept things casual in shorts, sunglasses, and baseball caps as they enjoyed some iced coffee at a local park.

Swift and Alwyn prefer to keep their relationship out of the spotlight. Aside from a handful of outings and the few times they’ve talked about each other in interviews, the couple have yet to make their red carpet debut together and don’t post photos of each other on social media.

Over the past few years, fans have become convinced that Alwyn and Swift are secretly engaged or even married. In an April interview with WSJ. Magazine, Alwyn briefly addressed the speculation, saying, “If I had a pound for every time I think I’ve been told I’ve been engaged, then I’d have a lot of pound coins. I mean, the truth is, if the answer was yes, I wouldn’t say, and if the answer was no, I wouldn’t say.” It’s worth noting that Swift wasn’t wearing any sort of jewelry on that finger during the couple’s latest outing.

Swift has also spoken about not wanting to discuss her relationship publicly. In 2019, she told The Guardian, “I’ve learned that if I do, people think it’s up for discussion, and our relationship isn’t up for discussion. If you and I were having a glass of wine right now, we’d be talking about it — but it’s just that it goes out into the world. That’s where the boundary is, and that’s where my life has become manageable. I really want to keep it feeling manageable.”