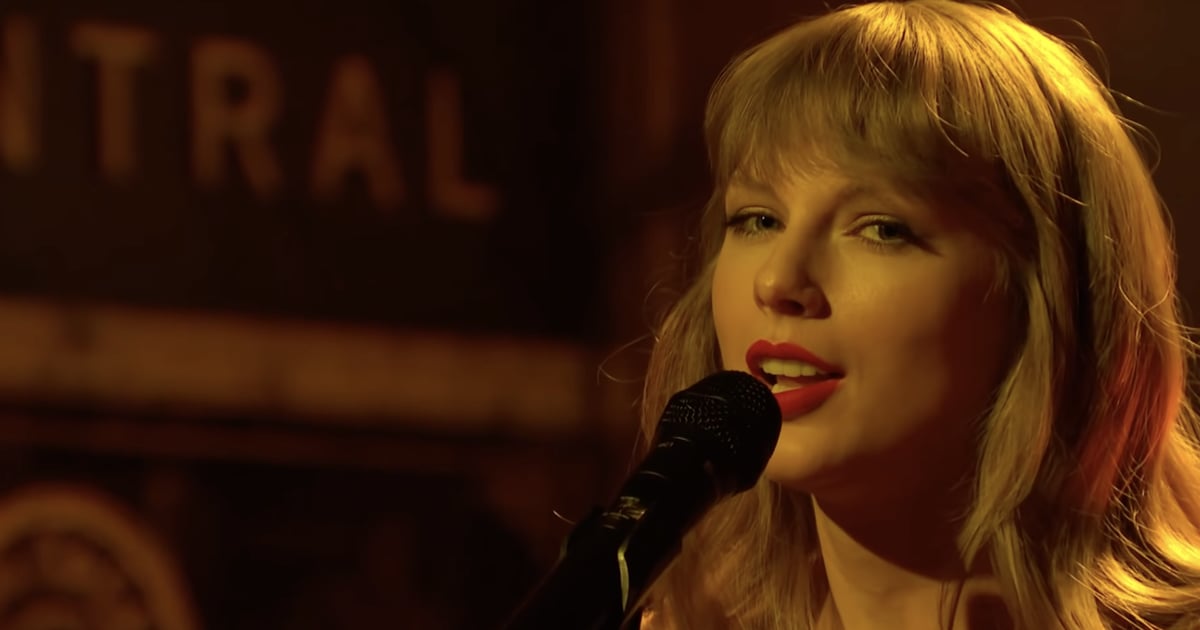 Following the release of her rerecorded album, Red (Taylor’s Version), Taylor Swift took fans down memory lane during Saturday Night Live‘s Nov. 13 episode, which was hosted by The Harder They Fall‘s Jonathan Majors. Wearing a chic, off-the-shoulder black jumpsuit and red lipstick, the Grammy-winning artist captivated the audience as she performed a new 10-minute version of 2012’s “All Too Well” from Red (Taylor’s Version). Alongside her new accompanying short film, the stage was covered in autumn leaves at the start of Swift’s “All Too Well” performance, but fake snow started falling, and, needless to say, we were completely sobbing by the end of it all.

Swift’s appearance marked her fifth time on the sketch comedy show as the musical guest, but the singer-songwriter broke SNL‘s longstanding two-song tradition by only performing once this time around. Check out Swift’s latest SNL performance ahead.