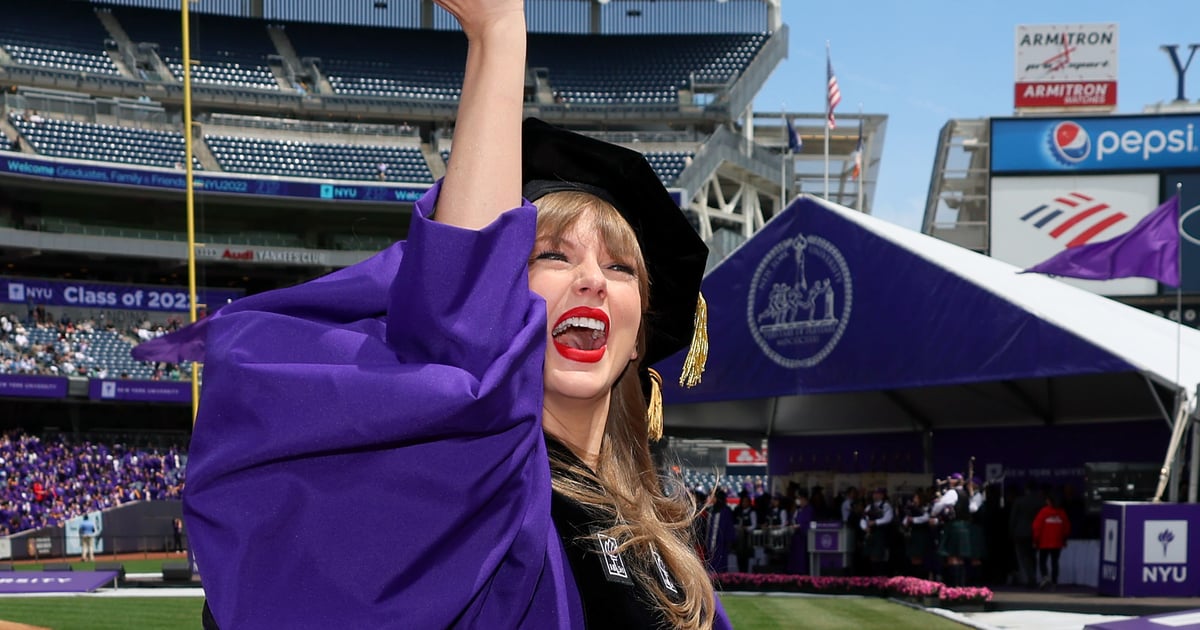 Allow us to reintroduce Dr. Taylor Swift. The “All Too Well” singer received an honorary doctorate of fine arts from New York University on May 18, and somewhat serendipitously, she also addressed the class of 2022 during the commencement ceremony at Yankee Stadium. “I’m 90 percent sure that the reason I’m here is because I have a song called ’22,'” she said jokingly.

On the morning of her graduation, Swift posted a video on Instagram of her dressed in her cap and gown all ready for her ceremony. “Wearing a cap and gown for the very first time – see you soon NYU 🥺🥰🗽,” she captioned her post. This marks the first degree of higher education for Swift, whose singing career took off after she signed her first record deal with Big Machine Records at age 16.

“Ms. Swift is one of the most prolific and celebrated artists of her generation.”

Although Swift has no official affiliation with NYU, the prestigious Manhattan institution is quite fond of the 11-time Grammy winner, offering students at its Clive Davis Institute a spring-semester course inspired by her influential career and legacy. The NYU press release announcing Swift’s honorary doctorate praised her many accolades, stating, “Ms. Swift is one of the most prolific and celebrated artists of her generation. She is the only female artist in history to win the music industry’s highest honor, the Grammy Award for Album of the Year, three times. . . . She is the only solo artist this century to have three albums reach No. 1 in one year.”

Longtime fans of Swift know she’s been on a mission to earn this special distinction for years. During a “73 Questions” interview with Vogue in 2016, Swift was asked to describe one goal she was determined to achieve in her lifetime. She responded, “I really want an honorary doctorate degree because Ed Sheeran has one and I feel like he looks down on me now ’cause I don’t have one.” A longtime pal of Swift’s, Sheeran received an honorary degree from the University Campus Suffolk in his native England in 2015. We can’t wait to see how the “Bad Habits” singer reacts to his BFF’s latest accomplishment today.