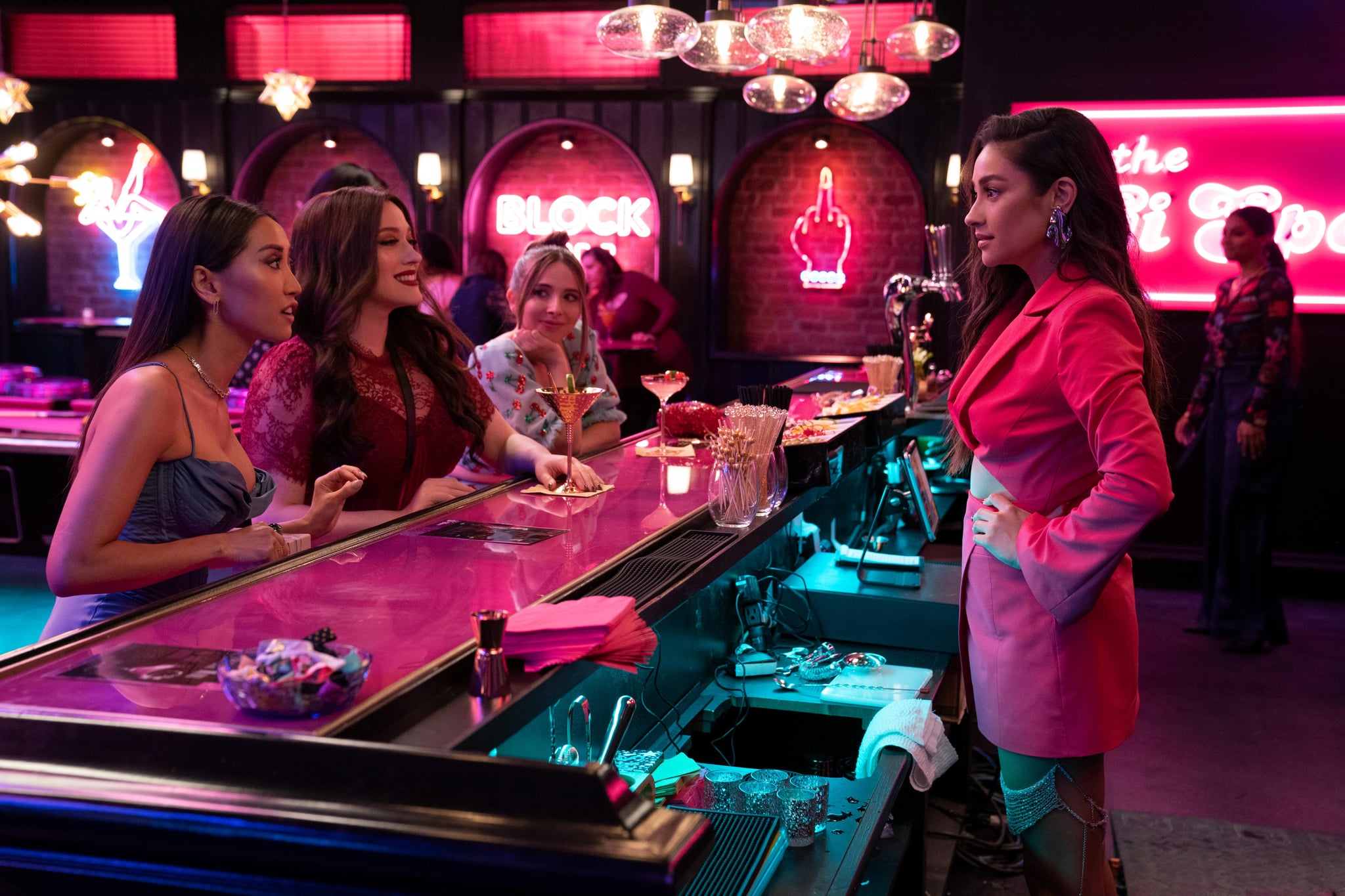 After a years-long hiatus, Jules (Kat Dennings), Madison (Brenda Song), Stella (Shay Mitchell), and Izzy (Esther Povitsky) are back in Hulu’s “Dollface,” which returns for its sophomore season on Feb. 11. Based on creator Jordan Weiss’s college writing sample, “Dollface” follows protagonist Jules as she’s forced to reconnect with her college friends after a sudden breakup. “It’s bizarre to have grown up with these characters. It’s been nice to be able to put my own experiences into both seasons, almost like a time capsule,” Weiss tells POPSUGAR. “I’ve been single working on the show, I’ve been dating, and now I’m in a serious relationship, and it’s funny the way my perspective changes, but I try to let my friendships be a huge part of my life no matter what.”

“Friendship stories are universal regardless of gender. That said, I don’t think there’s any reason not to appreciate the show specifically through the female lens.”

Guided once again by a literal Cat Lady (Beth Grant), Jules goes on a wild ride in season two as she navigates being promoted at work, new love interests, and continued friendships with her girl-gang. At its core, the 10-episode comedy series explores the power of female friendships. “Friendship stories are universal regardless of gender. That said, I don’t think there’s any reason not to appreciate the show specifically through the female lens,” Weiss says. “Female friendships are so specific and run a certain way,” showrunner Michelle Nader adds. “I thought Jordan captured the nuances of those little moments you have with your friends, whether it’s microjoys or microaggressions.”

Ahead, read POPSUGAR’s exclusive interview with the leading ladies of “Dollface.”

POPSUGAR: All the characters are grappling with turning 30 this season. Do you think women put too much emphasis on turning 30?

Michelle Nader: Some of us do and some of us don’t, and we wanted to show both sides of that. Madison is putting too much emphasis on turning 30, and Jules is missing an opportunity to use turning 30 as a check-in with herself. Jules has a “you can’t lose if you don’t play” mindset. Madison, on the other hand, is always trying to control her life and what happens to her. We wanted to tell a story about these two women, who can find answers in each other about what would bring them to a more centered and happier place by this milestone birthday.

“There’s this veiled mystery about what happens when a woman turns 30, almost like her life is over forever. Of course it’s not true! Life only gets better and better.”

Kat Dennings: My 20s were a nightmare. I was excited for it to just be done and have the illusion of starting over somehow. There’s this veiled mystery about what happens when a woman turns 30, almost like her life is over forever. Of course it’s not true! Life only gets better and better. All the good things in my life happened after 30, so there you go.

Brenda Song: I remember thinking, “By 30, I should be here,” so as I was approaching it, I was like, “Am I a failure?” Those are expectations that we put on ourselves for no reason at all. The great thing about turning 30 was being able to let that go. Once I was able to let that go, I was able to really listen to myself and feel comfortable in my own skin. My 30s have been great. This is when the fun happens. 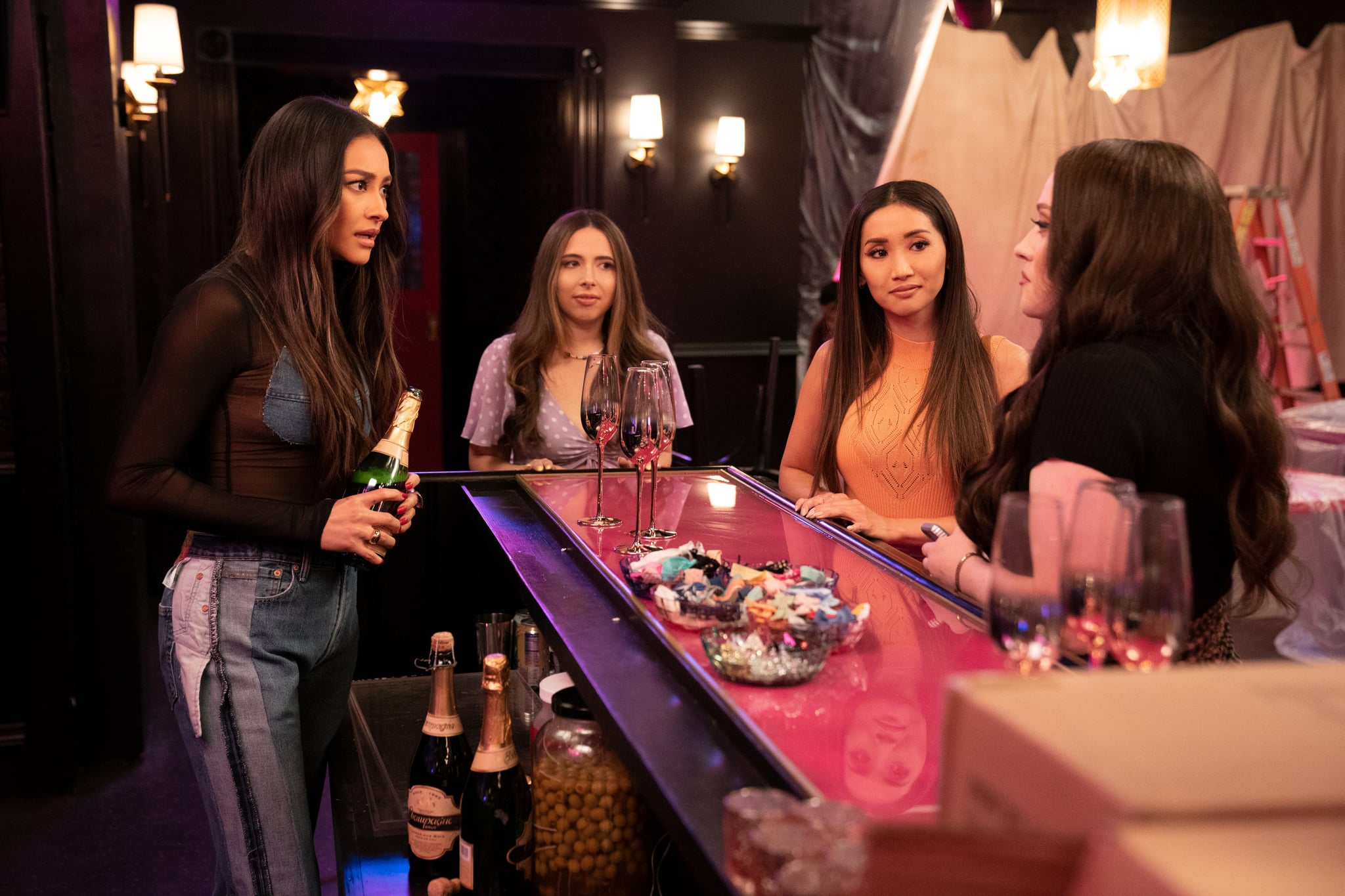 PS: Celeste learns that her husband had an affair with Madison through Jules, but she doesn’t lash out at them. She actually promotes Jules at work! Women coming together and not blaming each other was so refreshing to watch on screen.

“Women support women, and I love that it’s being represented on screen because it’s the truth.”

BS: That’s the problem! It shouldn’t be a fresh take, because women are that way. Women support women, and I love that it’s being represented on screen because it’s the truth. We don’t have to blame each other when neither of us are to blame.

KD: As Brenda said, it should not be a fresh take. Unfortunately though, in TV and film, it’s always the woman’s fault like, “Oh, she seduced this guy.” Madison had no idea what was going on, and it’s completely Colin’s fault, so it’s great to see that, but it’s also not what you’d expect.

Jordan Weiss: Even though Celeste is a character that is sort of heightened and a little scary and eccentric at times, she is mature. She is a businesswoman who owns this huge female-driven company, and she feels connected to Jules as a mentor. We wanted to lean into that because it felt like the most organic way that she would respond to that type of situation. This is a show with an optimistic outlook. If someone’s having conflict, it comes from a real place, and they can always be redeemed instead of villainizing women or having these characters being catty and fighting for no reason.

PS: Izzy has a habit of self-sabotaging due to her own insecurities. How would you like to see her character evolve?

Esther Povitsky: It would be nice to see her step up and thrive in her career. Because in season two, she wants that, but she isn’t quite ready. She figures out the love life thing a little bit, so it would be nice if she takes some big leaps and bounds in her career next. 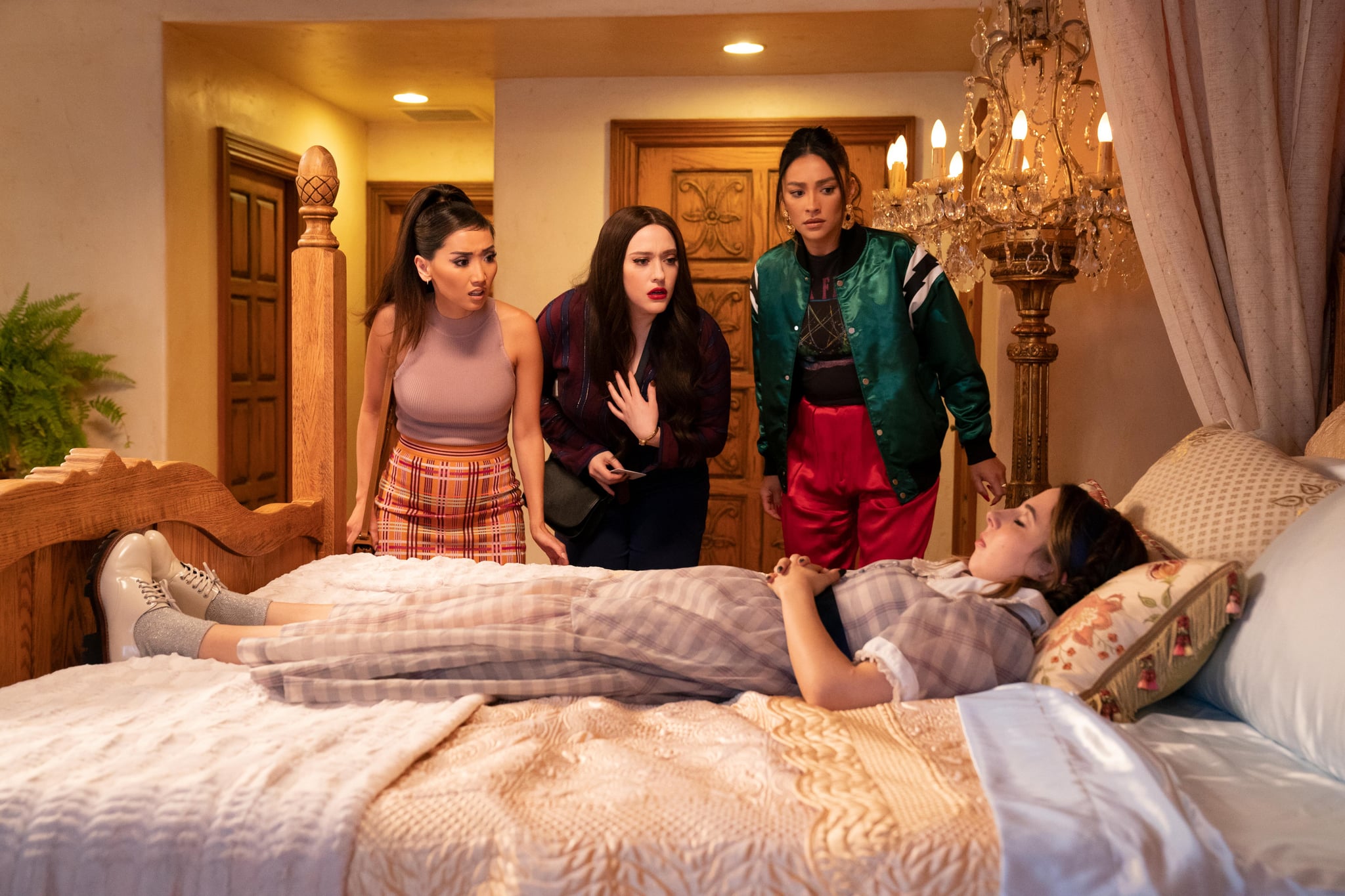 PS: Season two’s storyline introduces a queer character through Stella. How do you feel about having that onscreen representation?

“I don’t feel like there always needs to be a conversation around a character’s sexuality. If she had a boyfriend, no one would be like, ‘Oh, this is new.'”

Shay Mitchell: I don’t feel like there always needs to be a conversation around a character’s sexuality. If she had a boyfriend, no one would be like, “Oh, this is new.” I don’t think this is new for Stella, to be honest. I think she’s had relationships with men and women for a while now. It’s not a coming out for her, which is different from other characters I’ve played. Interestingly enough, where she’s out of her comfort zone in this new relationship with Liv (Lilly Singh) is that she’s dating somebody with a child, and that adds on another level of responsibility. That is what’s new for Stella. It’s never a question of, “What gender is my character going to like?” I’m just like, “I hope she loves it and has a good time.”

PS: What advice would you give to your characters?

EP: Decide what you want and go get it.

SM: Just keep doing you. Stella is somebody who tries things out, realizes what works and what doesn’t work, and keeps it moving. So I’m not mad at what she’s currently doing.

PS: Each character’s career is blossoming in a different way. Do you have a favorite boss-lady moment from season two?

SM: When Stella opens the bar and has the opening party. She’s like, “This is where I’m supposed to be, and I’m recognized and respected for this.”

EP: When Izzy introduces a new project idea at her job and even though she fails miserably, I’m still proud of her for trying. I think that’s badass.

KD: When Jules accidentally becomes Izzy’s boss. It kind of messes up the dynamic in the friendship because now she has to make decisions that could possibly affect Izzy. There’s a funny scene where Izzy and her boyfriend pitch this crazy idea, and I’m in charge of saying yes or no.

BS: Seeing Madison step out of her comfort zone and start her own PR company. Her first client is someone that she’s completely not comfortable representing, but she does it anyway. I think that was a first step at recognizing that what she’s been doing hasn’t been working, so she might as well try something new. That’s a lesson we can all learn.