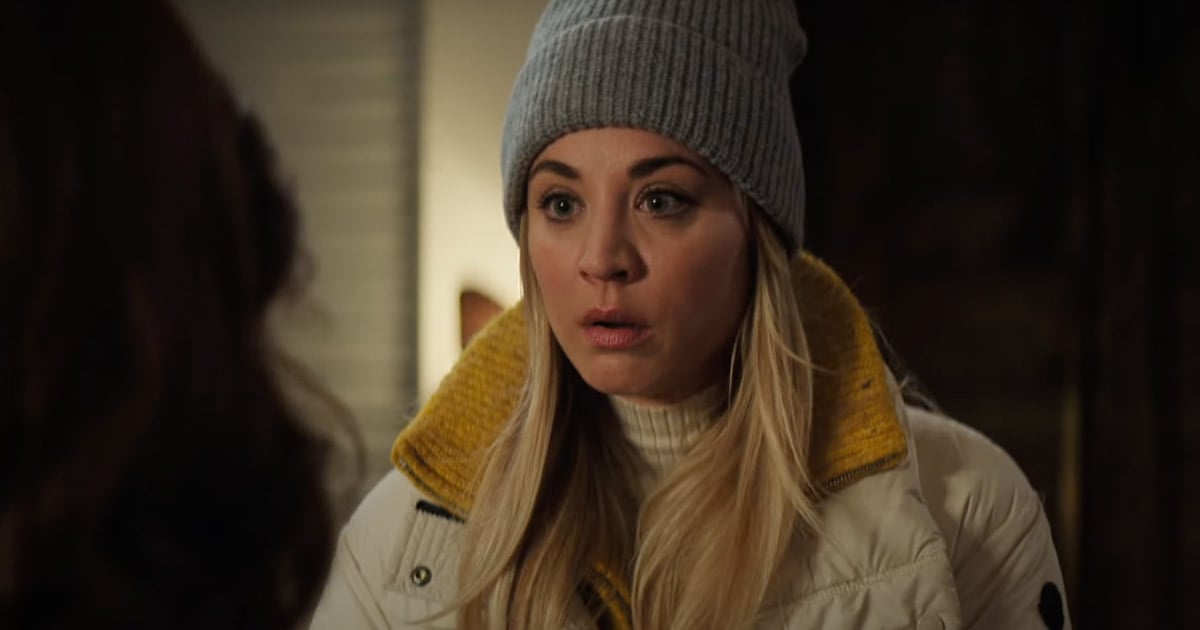 Cassie Bowden’s deceptively perfect life is about to come crashing down all over again. On April 4, HBO Max released the official trailer for “The Flight Attendant” season two, and Kaley Cuoco is seeing double. “My life and everything, it just all feels pretty great,” Cassie says during an AA meeting in the clip. “So most of you know my story by now but, um, I’m still a flight attendant and I’ve been making better choices,” she adds in a teaser trailer posted on March 17. “I moved to LA, met this great guy, picked up a part-time job. I kind of feel like I’m turning into this whole new person.”

In reality, Cassie is more miserable than ever before, terrified to take a drink “because if I have one drink, bad things happen.” She’s also started moonlighting as an asset for the CIA, tailing suspects and writing down clues like a seasoned spy in a detective novel. “There are a lot of weird things going on around me. I’m starting to think that someone is pretending to be me,” Cassie says as the pitch in her voice rises and the camera flashes to a woman with the same back tattoo as her. “I have worked so hard to build this new life, and I am holding onto it with everything that I have.”

After Cassie is shown reading a copy the 1954 psychological thriller “D’entre Les Morts” (The Living and the Dead) by Pierre Boileau and Thomas Narcejac — not exactly great for her nerves — the teaser flashes to familiar faces like Megan (Rosie Perez), who has a bounty on her head and is being chased by the North Koreans, and Shane Evans (Griffin Matthews). The trailer also teases a mysterious woman in a black coat walking away from a massive car explosion. Could this be the person trying to frame Cassie for murder?

Through it all — including an impromptu trip to Iceland and a screaming fit of frustration — Cassie’s more cynical alter ego is there, making constant attempts to coax her back into drinking. “I am one tiny accident away fromo a complete collapse,” Cassie says, setting up a whirlwind second season. Keep reading to find out more about season two of “The Flight Attendant,” including the much-anticipated premiere date and watch the trailer above.

After Cassie wakes up to find her one-night stand murdered and subsequently becomes entangled in a web of lies in season one, she set out to make better choices. HBO Max’s official season two synopsis reads, “Cassie Bowden (Cuoco) is living her best sober life in Los Angeles while moonlighting as a CIA asset in her spare time. But when an overseas assignment leads her to inadvertently witness a murder, she becomes entangled in another international intrigue. The season filmed in Los Angeles, Berlin and Reykjavik.”

The second season will also reveal more about Cassie’s childhood and introduce her estranged mother, played by Sharon Stone, who has distanced herself from her daughter to protect her from the effects of her alcohol use disorder.

The majority of “The Flight Attendant’s” season one cast will return for season two, including Cuoco, who was nominated for a Golden Globe Award after her season one performance, Zosia Mamet as Annie, Griffin Matthews as Shane Evans, T.R. Knight as Davey, Deniz Akdeniz as Cassie’s boyfriend, Max, and Rosie Perez as Megan. New series regulars will include Sharon Stone as Cassie’s mother, Mo McRae as Benjamin Berry, Callie Hernandez as Gabrielle Diaz, and JJ Soria as Esteban Diaz. Expected guest stars will include season one’s Audrey Grace Marshall as young Cassie, Alanna Ubach as Carol Atkinson, Cheryl Hines as Dot Karlson, Jessie Ennis as Jenny, Mae Martin as Grace St. James, Margaret Cho as Utada, Santiago Cabrera as Marco, and Shohreh Aghdashloo as Brenda.

When Can You Watch Season 2 of “The Flight Attendant”?

The first two episodes of season two will begin streaming on HBO Max on April 21. The eight-episode season will continue on April 28 with two more episodes, followed by one new episode every Thursday until May 26.