The Hocus Pocus Sequel: Here’s Everything We Know, Plus a First Look at The Sanderson Sisters 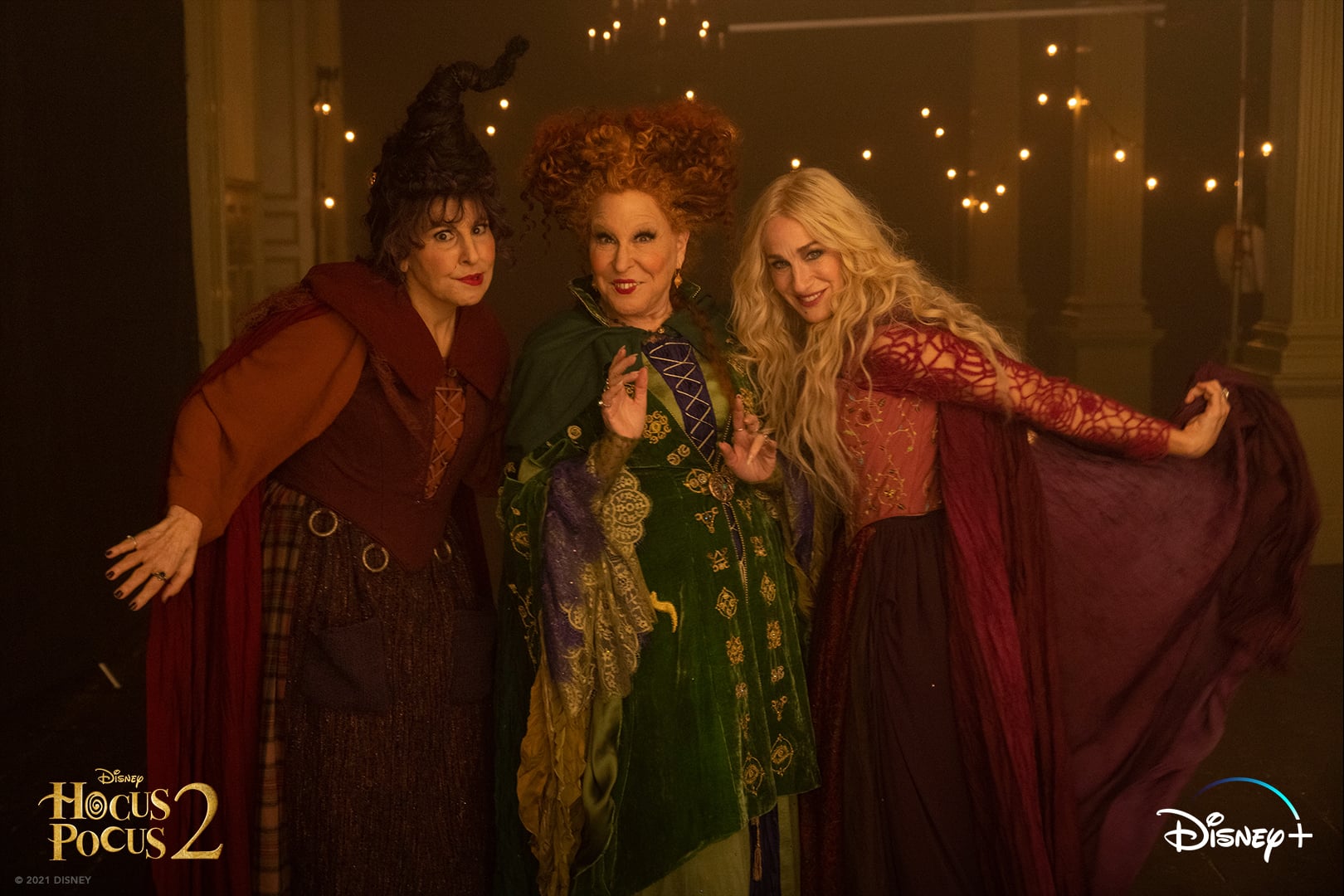 Image Source: Disney
Amuck, amuck, amuck! Something wicked this way comes in the form of a Hocus Pocus sequel. That’s right, the Sanderson sisters are officially reuniting! The second film was first reported back in 2019, and Disney+ eventually confirmed the movie in May when it announced the tentative release date. Original stars Bette Midler, Sarah Jessica Parker, and Kathy Najimy are back, and Disney+’s first look poster shows them in the same witchy outfits the Sanderson sisters wore in 1993. It’s spooky how they look exactly the same! After all, the original film ended with the Sanderson sisters turning to dust. As filming for the second film kicks off in Rhode Island, read ahead for all the details we have.

The black flame candle is alight to the Sanderson sisters’ delight.

See more of the spellbinding cast in the next tweet.
Enjoy this #Hallowstream treat.👇 pic.twitter.com/DiBAfCHiWX

According to Disney+’s official synopsis from May, the sequel picks up 29 years after the first movie as “three young women accidentally bring the Sanderson Sisters back to modern day Salem and must figure out how to stop the child-hungry witches from wreaking a new kind of havoc on the world.” Disney+ revealed on Nov. 1 that the three young women will be Becca (Peak), Cassie (Buckingham), and Izzy (Escobedo).

The 1993 cult classic famously takes place in Salem, MA, but thanks to several locals who caught glimpses of production, we now know that the sequel is set in Rhode Island. Rhode Island Governor Daniel J. McKee confirmed the news in a statement that read: “On behalf of Rhode Island, I am proud and honored that again our beautiful state, with its unique scenery, landscapes and local talent, will be the backdrop for a major motion picture. Film and TV productions such as Hocus Pocus 2 have positive impacts on our businesses and move our economy in the right direction.”

Though an official release date hasn’t been announced yet, the film is slated to hit Disney+ in fall 2022. Production began in fall of 2021.