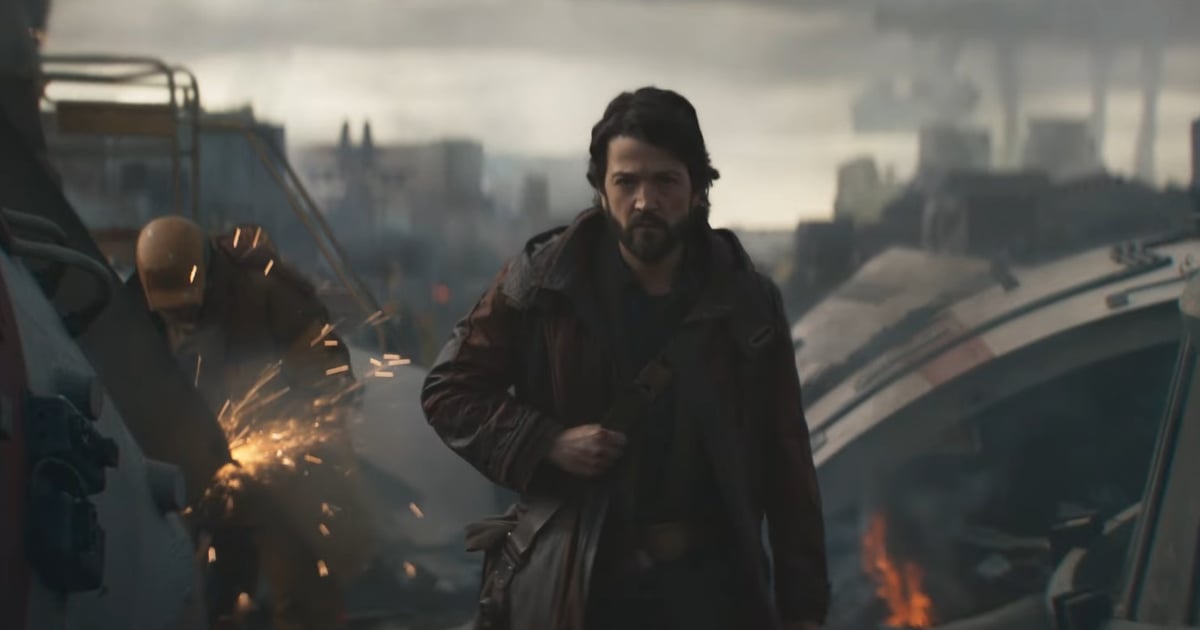 At Star Wars Celebration on May 26 in Anaheim, CA, Lucasfilm gave its biggest look yet at the upcoming Disney+ series “Andor,” which sees Diego Luna reprise his role as Cassian Andor from “Rogue One.” Luna, series creator Tony Gilroy, Lucasfilm President Kathleen Kennedy, and Genevieve O’Reilly, who will reprise her role as Mon Mothma, all spilled some big details during the panel, which POPSUGAR was on hand for.

Not only did Disney release the first teaser trailer, but it also gave some major clues about Andor’s journey. Gilroy explained that the new series’ first season will take place five years before the events of “Rogue One.” The 12-episode season will cover one year of Andor’s life. Season two — which Gilroy announced will go into production this fall — will cover the next four years and end with Andor just as he walks onto screen in “Rogue One.”

“This is the story about the people. The story that has the most to do with us,” Luna said about the show, which deals with those rebelling against the Empire. “It’s about what we can do, the power we have.” He also joked, “The beauty of this show is there’s no way they’ll kill me,” referencing Andor’s sacrifice at the end of “Rogue One.”

Luna said that at the beginning of the first season, Andor is a “very selfish man,” and he won’t be recognizable to fans as the same hero from “Rogue One.” The show will take him on the journey to becoming the rebel leader fans love so much. O’Reilly also talked about how special it was to be returning to the character of Mon Mothma, whom she first portrayed in “Star Wars: Episode III — Revenge of the Sith” way back in 2005. She noted how unique it was to play a character as a young woman and then as an older woman.

On Sept. 10, the cast was on hand to premiere the series’ final trailer before “Andor” premieres on Disney+ on Sept. 21. “Spies, saboteurs, assassins, we’ve all done terrible things on behalf of the rebellion,” Luna says in the trailer, echoing an iconic Andor line from “Rogue One.” The cast promised that the new series will be a “twenty-four episode spy thriller.”

Read on for everything we know about the Disney+ series, including the new trailer and details info about the rest of the cast of characters.