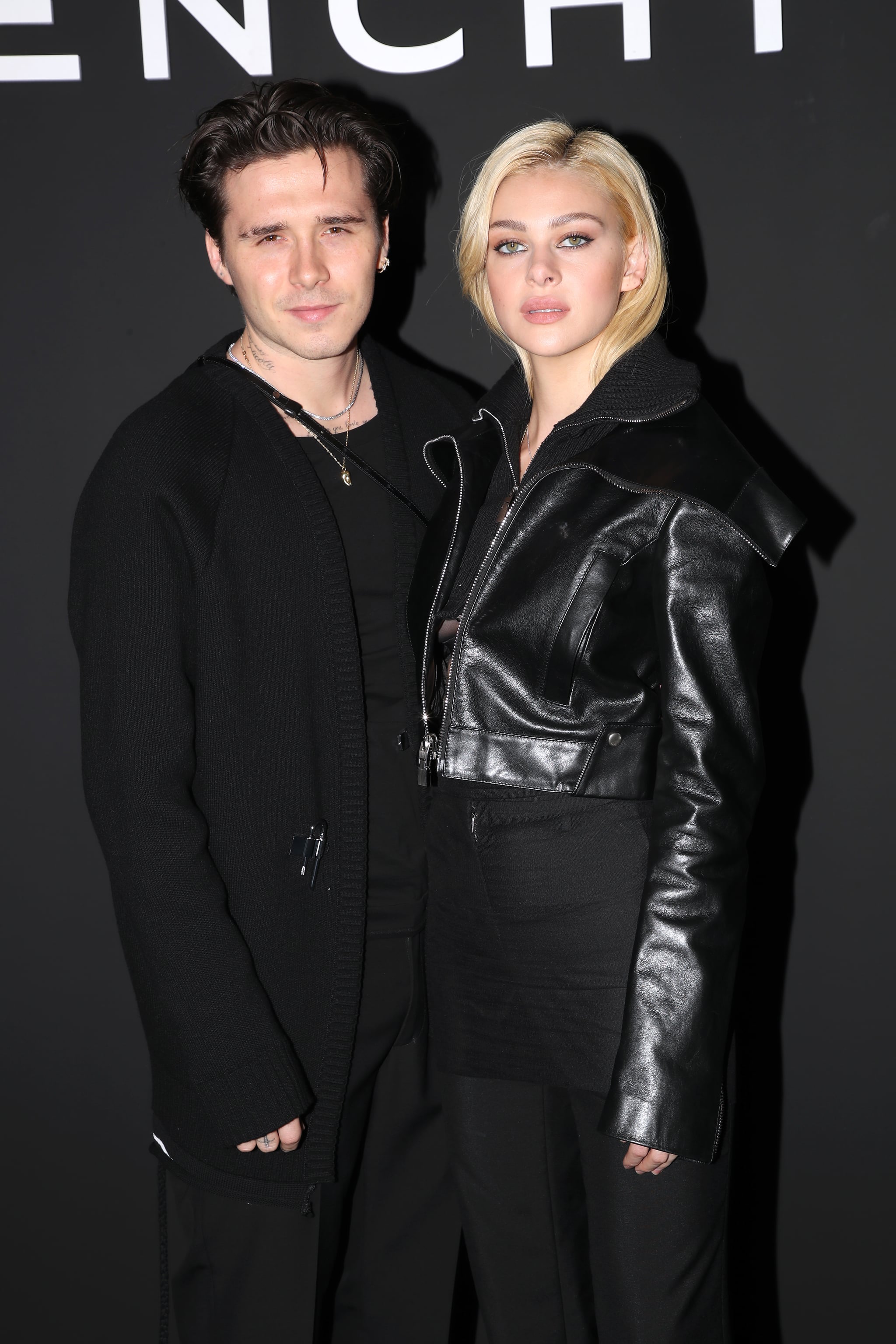 Brooklyn Beckham and Nicola Peltz have been showing off their love on Instagram since the beginning of their relationship. The photographer and actress are never shy about gushing over the other and sharing loved-up photos together. The two actually seem like they might be a little bit obsessed with each other, and it’s so cute to see. Though it seems like Beckham and Peltz have been together forever, their relationship is only a little more than two years old.

Beckham and Peltz got together soon after his split from model Hana Cross in late 2019, but the details surrounding how he and Peltz met are a bit murky. The two were first seen together in October 2019 when they grabbed food after Leonardo DiCaprio‘s Halloween party, according to photos obstained by the Daily Mail. They seemingly left straight from the party, as Peltz was still dressed in her cat costume. What we don’t know for sure, though, is if they met at the party for the first time or if this was when sparks officially started flying between.

Peltz and Beckham made things Instagram official just a few months later in January 2020 when she posted a picture of the two of them shirtless.

Since then, it’s been nothing but cute, swoony pictures, including when Beckham popped the question in the summer of 2020, less than a year after they started dating. He wrote on Instagram at the time, “I am the luckiest man in the world. I promise to be the best husband and the best daddy one day.”

Most recently, in a February episode of “The Late Late Show,” Beckham said that the proposal was “a little bit nerve-wracking” because Peltz couldn’t stop crying long enough to answer.

Beckham and Peltz have enjoyed a fairly lengthy engagement (likely due to COVID and extensive planning), but will reportedly wed the second weekend of April.