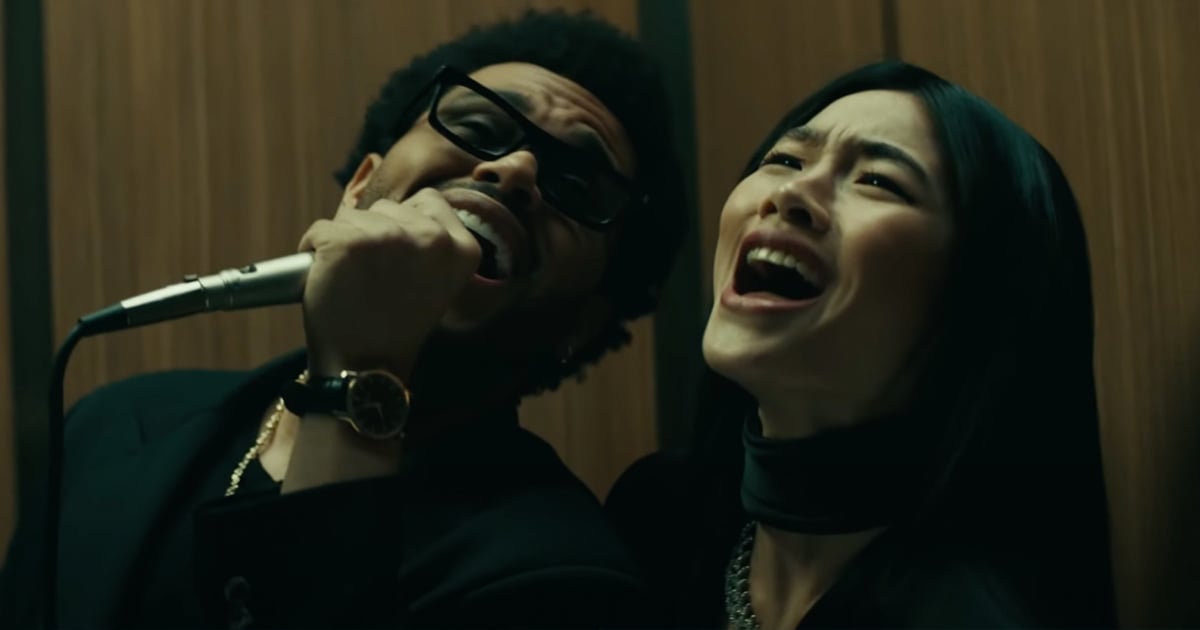 The Weeknd’s “Dawn FM” universe takes on a new layer of intricacy in his new “Out of Time” video. Released on April 5 as part of the “Blinding Lights” singer’s ongoing album-trilogy project, the music video sees The Weeknd enjoying a date with “Squid Game” star HoYeon Jung. Caught up in the rave-like purgatory surrounding them, the pair let loose, flirting over drinks and screaming karaoke songs as they chase one another through the liminal spaces of a deserted hotel.

With their inhibitions unleashed, the fun sets in and we see a flicker of harmony in a world where ghostly figures haunt the shadows and nothing is ever truly as it seems. As the music begins to fade and the radio switches back on, The Weeknd’s good friend Jim Carrey makes a special guest appearance that shatters the singer’s perception of reality and reveals a dark truth about Carrey’s radio-host personality.

The new video comes just one month after The Weeknd’s TV special “The Dawn FM Experience” premiered on Amazon on Feb. 26. Watch his chilling new music video above, then listen to the rest of the “Dawn FM” tracklist here.