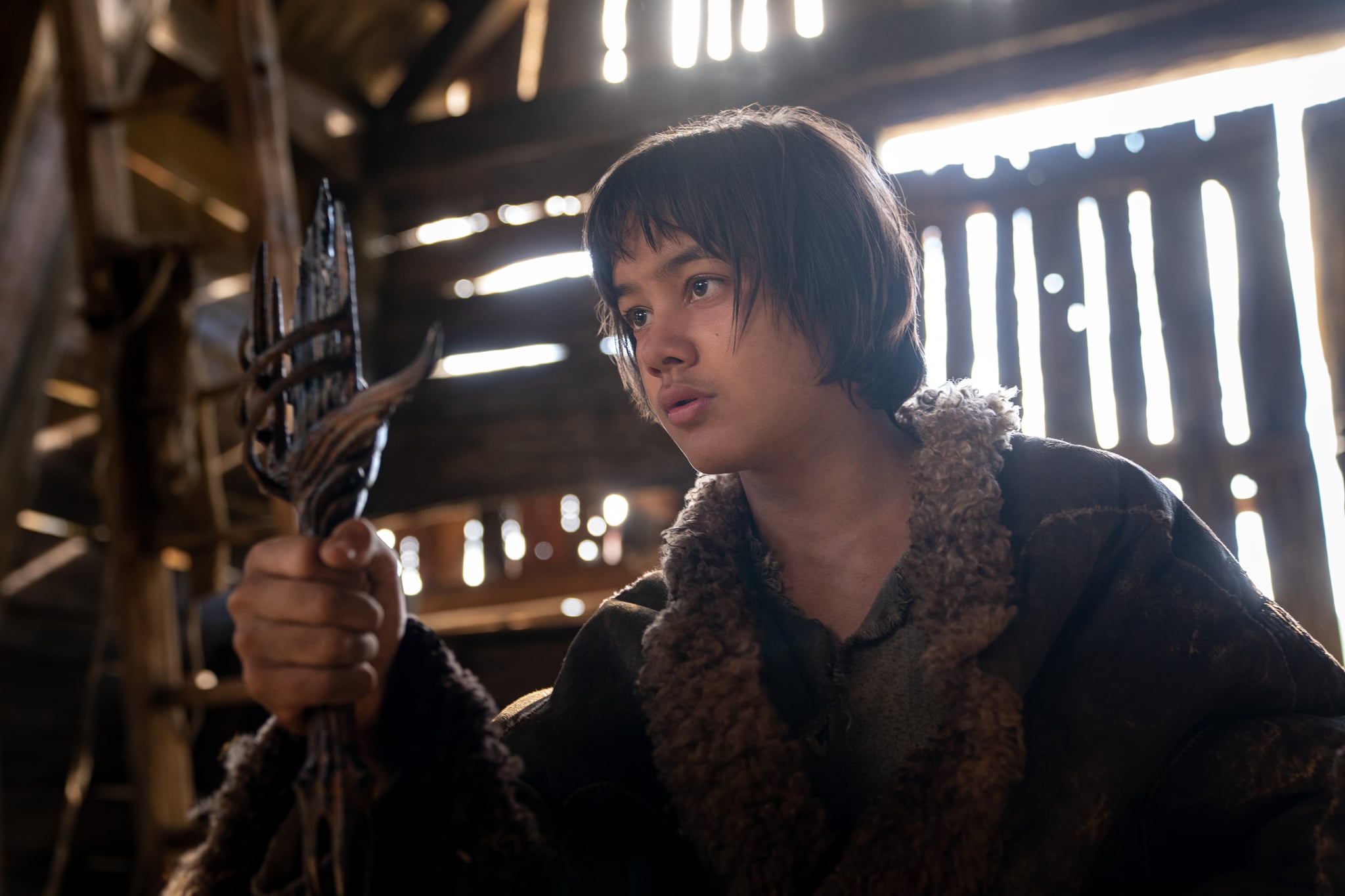 The first two episodes of “The Lord of the Rings: The Rings of Power” set up some pretty big mysteries for the series, like the identity of the Stranger who fell out of a meteor. Another major puzzle from the first two episodes, which Amazon released on Sept. 1: exactly what’s going on with that sword Theo (Tyroe Muhafidin) found.

Theo and his mother, Bronwyn (Nazanin Boniadi), live in what appears to be a quiet village in the Southlands. But it wasn’t always that way, since the people there and in neighboring towns were wrapped up in Morgoth’s War of Wrath. Perhaps the biggest remnants of the war are the legion of Elf fighters who are still stationed near the town, including Arondir (Ismael Cruz Córdova). Arondir and Bronwyn are in love, despite the mistrust between Elves and men.

In the first episode, Arondir and Bronwyn travel to a nearby town to investigate a cow whose milk is pitch black and oily. While they’e gone, Theo and a friend go to a barn. Under the floorboard, Theo reveals a prize he’s kept hidden in a box: a mysterious broken sword. He doesn’t explain how he ended up with the weapon. It’s pretty clear, however, that the sword is bad news. For one thing, it has Sauron’s symbol on it, which is also visible on Galadriel’s brother’s corpse and in a secret cave she leads her men to. Sauron was Morgoth’s lieutenant and is also the ultimate villain in “The Rings of Power” (and, of course, the original The Lord of the Rings series).

Things go awry for Theo and Bronwyn in the second episode, when they’re attacked by an orc. Bronwyn eventually decapitates the orc, but when Theo checks his broken sword, it keeps glowing — and possibly growing.

So what is this sword? It seems like a decent bet that it belongs to Sauron himself. Sauron wasn’t particularly associated with a sword in the source material, J.R.R. Tolkien’s “The Lord of the Rings,” but that doesn’t mean he doesn’t have one in this adaptation.

Through the course of “The Rings of Power,” Sauron, who’s in hiding, will slowly gain power and allies across Middle-earth. Could Theo be one of his targets? Theo, Bronwyn, and Arondir are completely new characters for the show, so fans will have to wait and see their fates.

“The Rings of Power” releases new episodes on Fridays.