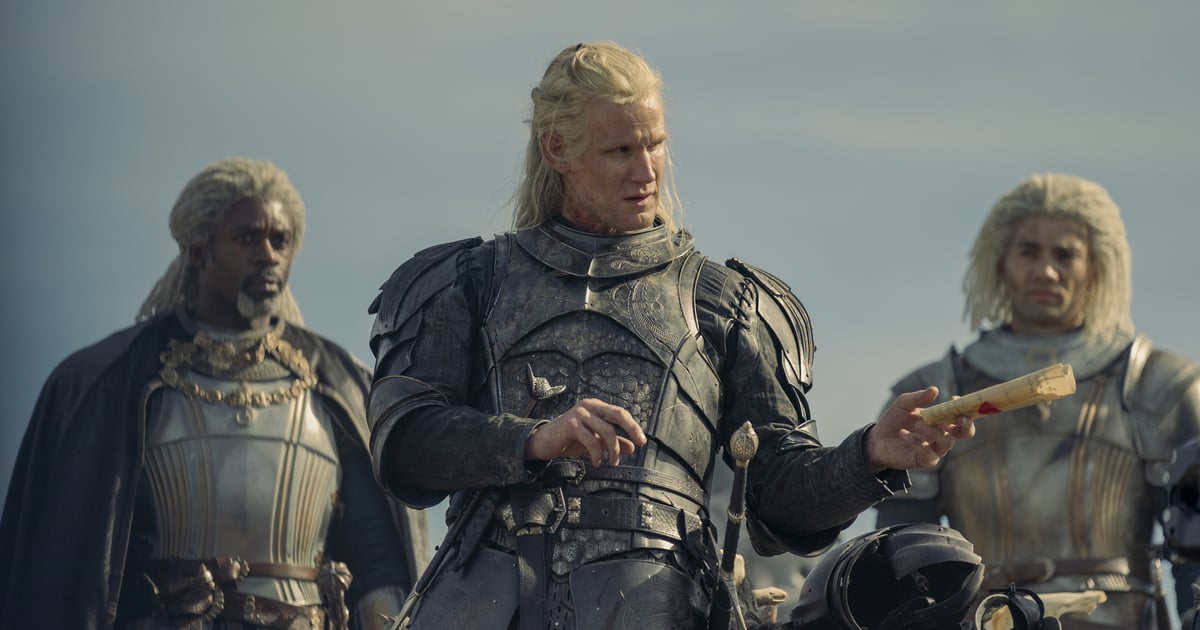 It wouldn’t be a “Game of Thrones” spinoff if there weren’t a lot of heartbreaking and/or bloody deaths, and the first three episodes of “House of the Dragon” have already delivered on that front. The new series, based on George R. R. Martin’s “Fire and Blood,” follows the Targaryen family in the middle of a succession crisis and in the leadup to a civil war that will shape their history, known as the Dance of Dragons.

Ahead of the show’s premiere, showrunners Ryan Condal and Miguel Sapochnik told POPSUGAR that the series wouldn’t have gratuitous sex or violence. “It’s ‘Game of Thrones.’ There is sex and violence as part of the story,” Condal said. “The particular way that we’ve approached it in this time is making sure that whenever you’re going to have any kind of . . . sex or violence on screen, that there’s a compelling story reason for it, and that it’s a story that needs to be told. It’s not being done gratuitously or to titillate or anything like that.”

After three episodes, there have been quite a few minor character deaths, but three losses have made the biggest impact on the plot so far and the story to come. Ahead, these are all the deaths in “House of the Dragon” season one.