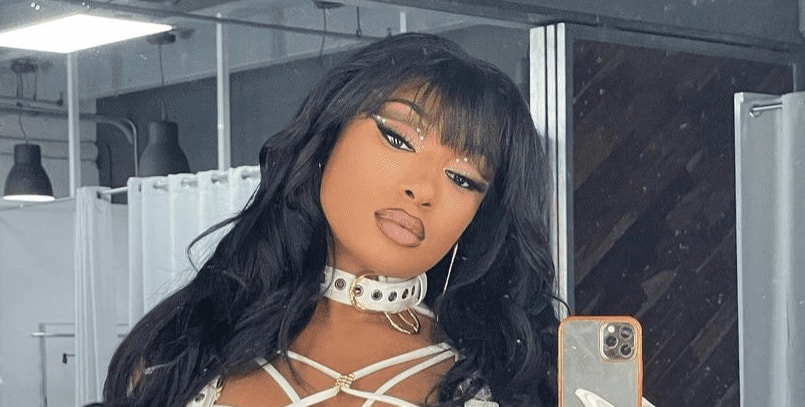 During a conversation on #ClubHouse, #Wack100 stated he didn’t believe #MeganTheStallion was shot by #ToryLanez, even though medical records prove she sustained a bullet to the foot.

Though Wack 100 was not at the place of the incident, he insists Megan was not shot. While speaking, he stated she wouldn’t be twerking “three weeks later” or “walking backwards” had she been injured.

Playing out a scenario he believes happened and stating he has experience with “firearm” charges, from what he knows Tory did not shoot Megan.

A few commenters heard the audio and it was welcomed with mixed reviews.

As you know, medical records from Cedar Sinai Medical Center confirm she was shot.

The hospital records from Cedar Sinai Medical Center have become available to The Shade Room as well as @Complex and we have the facts in black and white, as previously reported.

We can confirm after looking at the reports that on July 12th Megan was admitted to Cedars Sinai on an admission diagnosis of “gunshot injury.” This means that the practicing physician saw her wound and determined she needed to be treated for gunshot injury.

The reports also show that Shrapnel was found in Megan’s left heel. Shrapnel are shell casing fragments from a bullet in most cases, defined as debris from a bomb or explosion. The reports confirm that Megan was treated with irrigation and debridement which is the removal of hardened tissue or debris, in this case Shrapnel, from her foot. She was given medication and they determined her to be okay for discharge on July 14th.

Megan’s discharge diagnosis was classified as “gunshot injury.” This means after treatment and procedure, the physician still determined that her wound was a result of a gunshot.

Roomies, what do you think of his opinion?