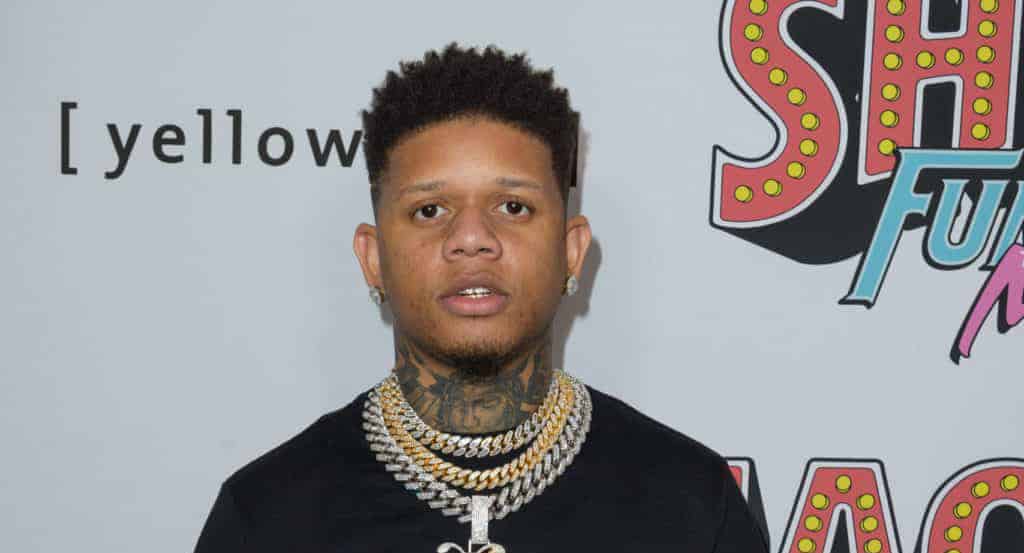 Earlier this month, Yella Beezy was arrested on sexual assault and child endangerment charges out in Texas. Now details about the sexual assault charge have been revealed.

According to the arrest warrant and probable cause affidavit obtained by TMZ, an unidentified woman is alleging that she was raped by Yella Beezy back in April. The woman claims that he contacted her through social media and after speaking to him, he asked her out on a date and they made plans for dinner and bowling out in Dallas.

The woman continued to say that things were going well during their date, and he invited her back to his apartment until their 10 pm bowling reservation, and she agreed. While at his home, the woman says they played cards until Beezy asked her for a massage, and she reportedly gave him one. However, once she finished the massage, that is when the alleged rape occurred.

The woman claims he forcibly kissed her and pulled up her dress as she told him no before he violated her private area. She says that she was able to finally get away from him, and she went to the emergency room the following day.

As previously reported, he was arrested and charged, and booked into the Collin County jail on several charges including felony sexual assault, felony abandoned endangered child, and misdemeanor unlawful carrying a weapon.